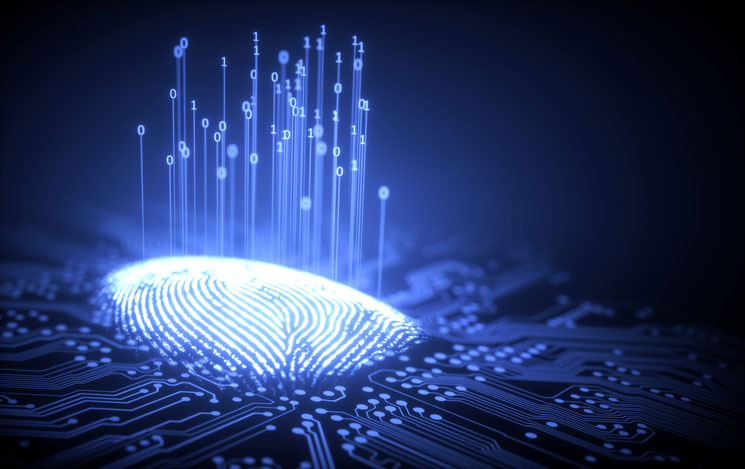 If criminals knew the tools CSI agents and forensic scientists have today they would panic. In fact, techniques these days are getting so advanced they’re scary.

From a single hair off a person’s head you can now determine where that person lives and where they have traveled. You can also determine how they look in terms of height, age, race, hair color, and eye color.

If you find dust at a crime scene that has been left by a suspect, you can create a timeline of where that suspect has been over the last several weeks.

Today if a person touches anything with their bare hand, CSI agents can recover latent prints even if the suspect attempted to wash them away with soap months before.

And thanks to the relatively recent advent of body farms, we are able to identify how long corpses have been deceased down to the last maggot.

Pretty soon the days of using “old-fashioned” techniques like comparing a person’s DNA against a database of convicted offenders are going to seem primitive.

Imagine you find a DNA specimen at a crime scene. It turns out this is the only piece of evidence you locate. You run it through CODIS but you come up cold. Is there anything else you can do?

Combining what we now know about genomics with computer power, with a single DNA specimen we can generate a police sketch of a person.

That may sound unbelievable, but contained within one human cell are the 23 chromosome pairs that code for everything about us: hair color, eye color, skin color, face shape; literally everything. Our outwardly visible appearance is simply another way of expressing our gene phenotype; how our genes make us look.

So why haven’t we been able to do this before? There are six billion DNA base pairs in our 23 chromosomes. Figuring out which of those code for facial shape and which of those code for eye color is a monumental task involving sorting and trial-and-error comparisons. What makes it even more complex is the fact that sometimes a trait like facial shape is dependent on many different code pieces from many different places in our DNA.

Sometimes a trait is easier to pinpoint in the code, such as red hair, and you might only need to look at a few specific spots in the DNA. Those types of traits are where DNA phenotyping is most helpful today.

Today computers can generate trait probabilities based on DNA that can be combined into an overall composite sketch. From just one specimen, DNA phenotyping can determine:

DNA phenotyping can also make predictions that are up to 70 percent accurate for these traits:

Geo-Locating with Stable Isotopes of Water

You’re collecting evidence at a crime scene and all you find is a single hair. Now, imagine being able to determine someone’s home city and even where that person has traveled using just that.

Believe it or not this is possible by analyzing stable isotopes of water.

Think back to your days in chemistry class. Water is two molecules of hydrogen and one molecule of oxygen: H20. You might remember that in nature, usually oxygen has eight protons and eight neutrons. It’s number eight on the period table. Hydrogen usually has one proton and one neutron. It’s number one on the periodic table.

Sometimes the oxygen and hydrogen atoms can have more or fewer neutrons, and when this happens they’re referred to as isotopes. They’re called stable isotopes because they don’t decay, unlike radioactive isotopes.

This is useful for forensic science because now we’re able to measure the different percentages of oxygen and hydrogen isotopes in a given sample – such as a human hair – and thus determine where that person drinks their water. If you compare a given hair sample with known isotopic measurements in municipal drinking water from cities throughout the country, you can link a hair to a city.

This field still has a lot of room to develop, but as of today it has the potential to at least generate leads.

Seeds: they’re hard, they’re durable, they survive freezing temperatures, and they can even pass through the hydrochloric acid of our digestive systems unscathed. While you might know it as the annoying yellow powder that cakes your windshield every spring, pollen is essentially a microscopic seed.

And it’s just as durable as the macroscopic seeds we’re more used to. Fossilized pollen is so durable it can reveal mysteries of the past. It’s nothing to brush off in the present either – what might appear to be dust at a crime scene could be a valuable clue for a forensic palynologist.

Pollen is literally everywhere. Different regions have different plants that release different pollen spores at different times of the year. Based on what types of pollen spore specimens you find, you could potentially narrow down a piece of evidence to a particular location where a particular plant grows, plus a particular season if not week.

That’s why forensic scientists have used pollen to develop leads and as evidence for several decades now. The latest advancements in technology have made forensic palynology even more useful.

In the past a forensic palynologist would compare pollen spores collected as evidence with pollen from known species of plants. As you can imagine, this could be a very time-intensive process – there are literally hundreds of thousands of plant species on earth. Needless to say, until the advent of modern computers and DNA analysis, forensic palynology was a very niche skill.

Now we can use what’s known as DNA metabarcoding. This lets a computer do all the tedious matching work from a pollen specimen. Computers can even simultaneously identify multiple spores of pollen from different plant species from one sample. This has the potential to effectively give a piece of evidence that is contaminated with pollen a timestamped geographic fingerprint.

These new technological developments in forensic palynology are in their infancy, which makes this field particularly exciting.

Thanks to advances in computing technology, in 1999 the FBI launched its Integrated Automatic Fingerprint Identification System (IAFIS). This revolutionized the speed and accuracy with which fingerprints were analyzed. Prior to this digitized system it could take months to process one set of fingerprints in a labor-intensive process. Now it usually takes less than half-an-hour.

With relatively easy IAFIS-identification today, the importance of finding any possible latent finger or palm prints has gained a new prominence. Once again, technology has come to the rescue and there are now amazing ways to remove months-old fingerprints from all types of materials.

Electro-active-film plated fingerprints are one such development. In a process that is like electroplating, scientists recently discovered that the oils and salts responsible for creating a fingerprint act as insulators. Using this technique on a metal surface with a fingerprint, you can essentially electroplate the bare metal between each fingerprint’s friction ridge with an electro-active film, thereby creating a negative of the print.

This is applicable to any print left on a metal object, and is even capable of recovering prints that have been washed with soap. Another advantage of this method is that it does not destroy the original print, leaving the possibility of also being able to recover DNA.

Micro-X-Ray Florescence (MXRF) is another new development in the field of print analysis. While traditionally fingerprint detection has relied on the absorbent property of oils, this process relies on detecting salts – sodium, potassium, and chlorine – that are present in fingerprints.

MXRF detects salts passively by analyzing a very narrow beam of x-rays that have been passed through a sample. This creates two advantages, the first being that fingerprint specimens can be taken from any type of material. It also preserves the original fingerprint, allowing it to be analyzed for DNA.

While this isn’t exactly a technological advancement, it makes up for this with the scary factor. The following is a real-life scenario.

Queens, New York crime scene investigators got the call shortly before Valentine’s Day: a jogger had reported seeing what appeared to be human remains in a remote park. The next day the news reported CSI investigators had crawled through dense underbrush and leaves photographing and collecting bits and pieces of what was described to be burned and scattered evidence of a homicide.

Chances are that some of those investigators got their training at one of the seven body farms located in the United States. Professionals including CSI investigators, forensic pathologists, homicide detectives, forensic entomologists, and forensic taphonomists rely on body farms to get the hands-on training that – thankfully – they would have trouble finding anywhere else.

Body farms are literally plots of land where human bodies are left out in the open to decay, helped along by the weather – especially hot balmy days – as well as scavenger animals and insects.

The bodies on body farms are courtesy of state health departments getting rid of unclaimed corpses, family members who donate the bodies of their loved ones, and even donors who sign up before they die.

In life and in death, medical schools only accept the best. To donate your body to a medical school you need to be in relatively good shape and your body needs to be intact – that means no gruesome deaths or autopsies. Body farms, on the other hand, accept obese bodies, dismembered bodies, and even bodies that have had their organs removed for donation.

Even former professors who have worked at body farms have signed up.